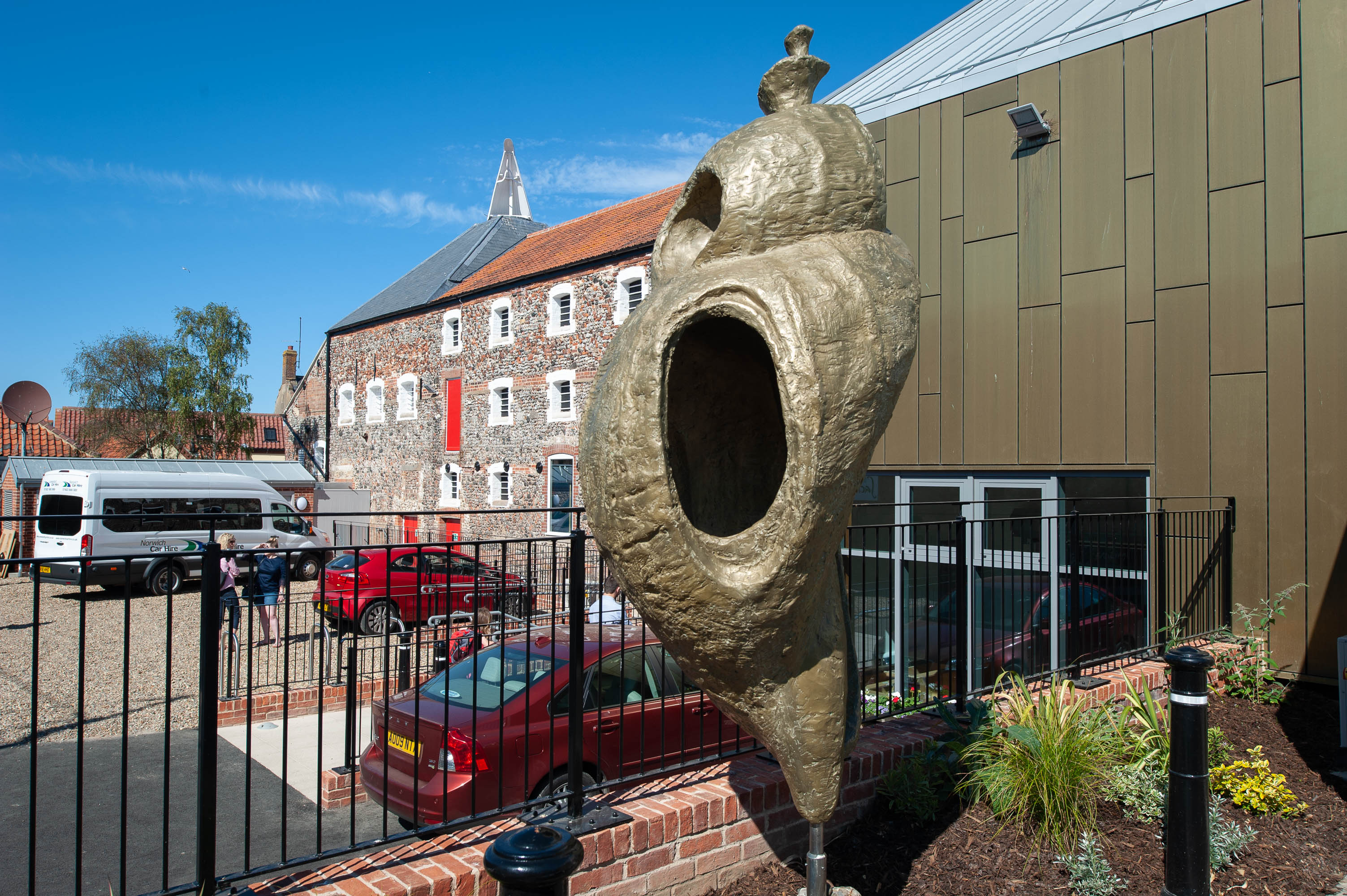 Wells Maltings is an impressive brick and flint building dating back to the mid-nineteenth century.  Set in the heart of Wells-next-the-Sea, it is one of nine former malt houses once employing 50 workers in the town.

For many years The Maltings was used for community events, but in 2010 it was decided to completely renovate and extend the building with its adjacent Sackhouse and Granary Theatre.  A Trust was established to oversee the rebirth of a much loved landmark.  Grants were secured from the Heritage Lottery Fund and a number of other partnerships such as the Coastal Communities Fund and individual supporters.  The declared aim was to turn the building into North Norfolk’s premier Arts & Heritage Centre.

A key element of the project was a 100-seater performance space, and for its acoustic design Adrian James Acoustics was the natural choice.  Architects Chaplin Farrant undertook the overall structural redesign with contractor Robson Construction and engineers J P Chick.  The project managers were Daniel Connal Partnership . 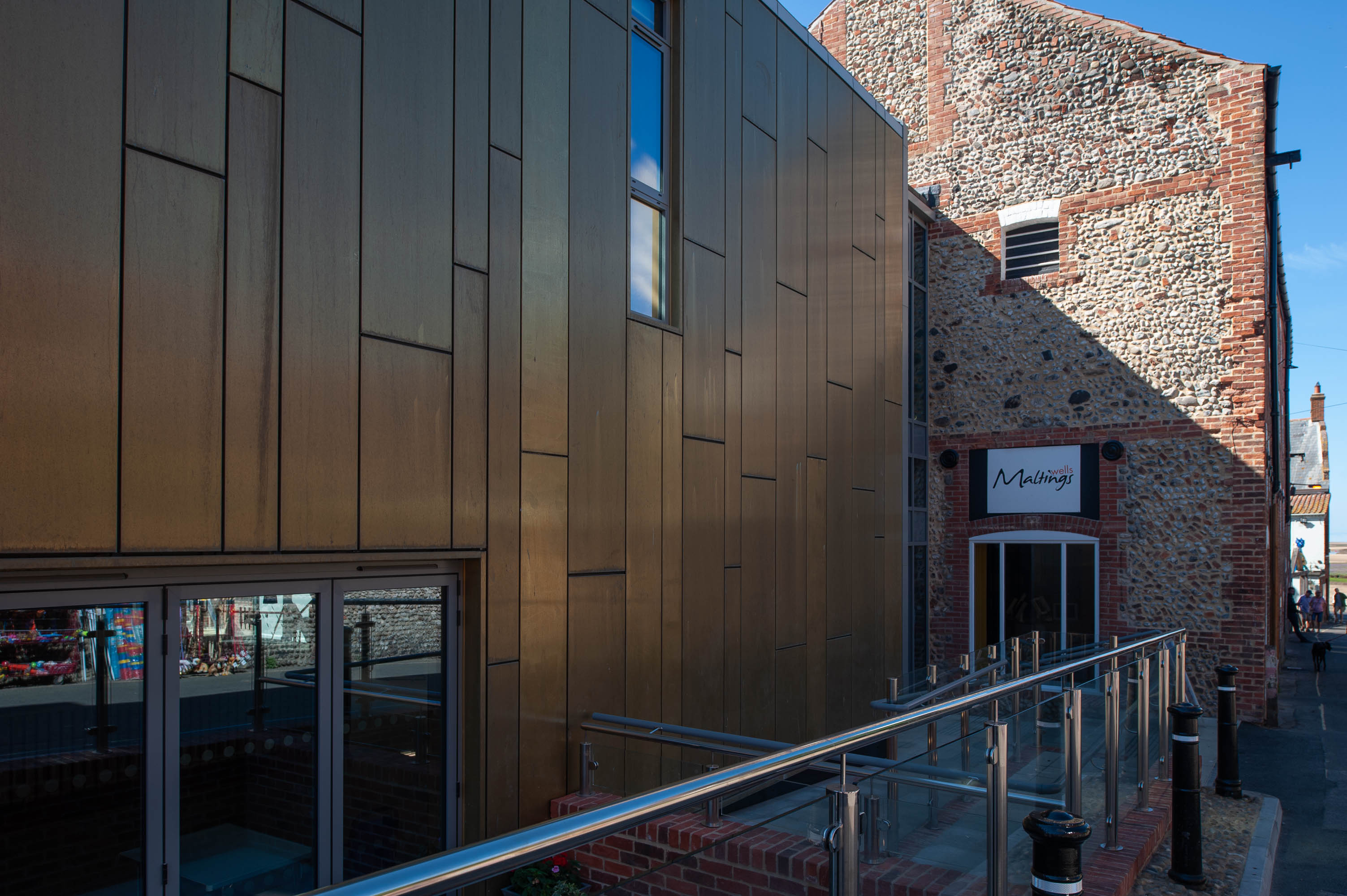 Wells Maltings has now been transformed into a light and airy space incorporating a learning centre, art gallery, cafe and box office.  The official opening took place in September 2018, but the entire staff of Adrian James Acoustics were able to preview the new performance space prior to the launch. This was part of day out which also included a tour of the Britten Building at Gresham’s School.  In common with the rest of the building, the Wells Maltings performance space is already proving very popular with visitors and local residents, offering a programme of musical, theatrical, spoken word and cinematic events. 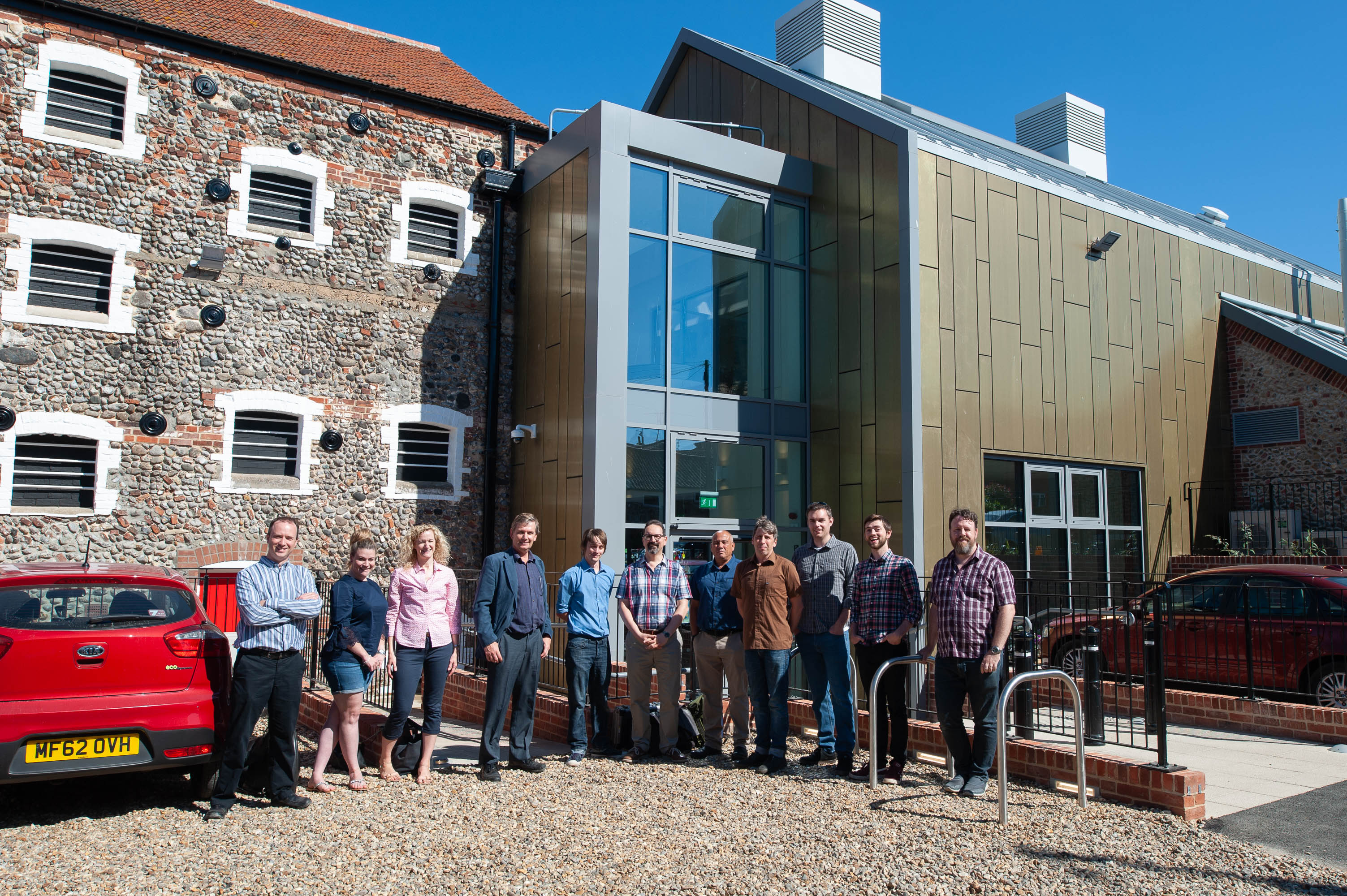