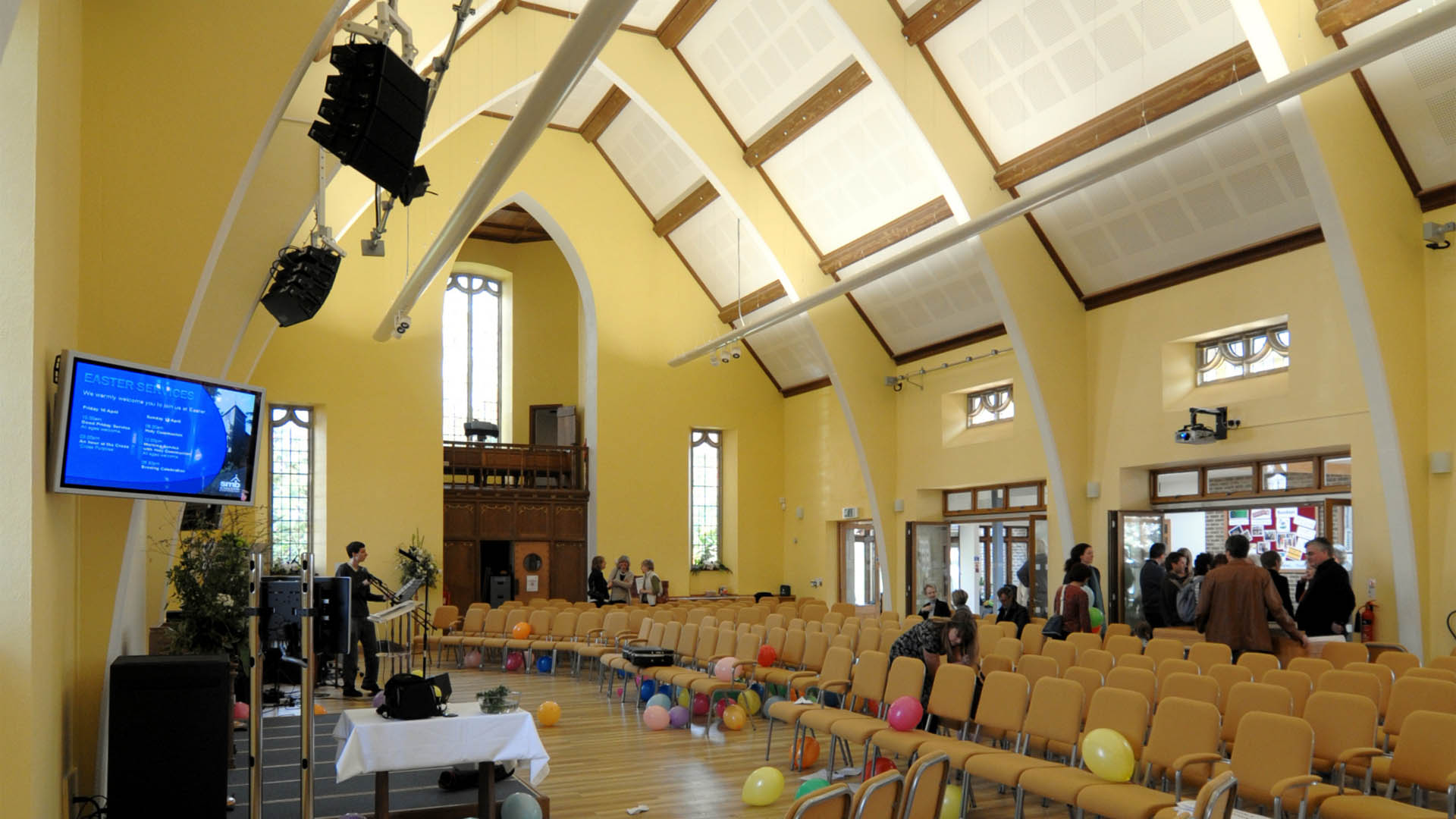 Part of our raison d’etre is to carry out a very wide range of projects. These often include educational establishments, concert venues and industrial spaces, but we also receive requests to enhance and improve the acoustics in church buildings.

One such project took place in 2005 when we were appointed to work with Purcell Architects on the refurbishment of St Mary Bredin church, close to the centre of Canterbury. The works included refurbishment of the Nave, creating a small prayer chapel and mezzanine office linked to the Chancel and extending the Foyer linking the Nave to the church rooms and offices. Our role included acoustic design, sound insulation, computer modelling of the Nave and adjoining spaces and design and procurement of the sound system. 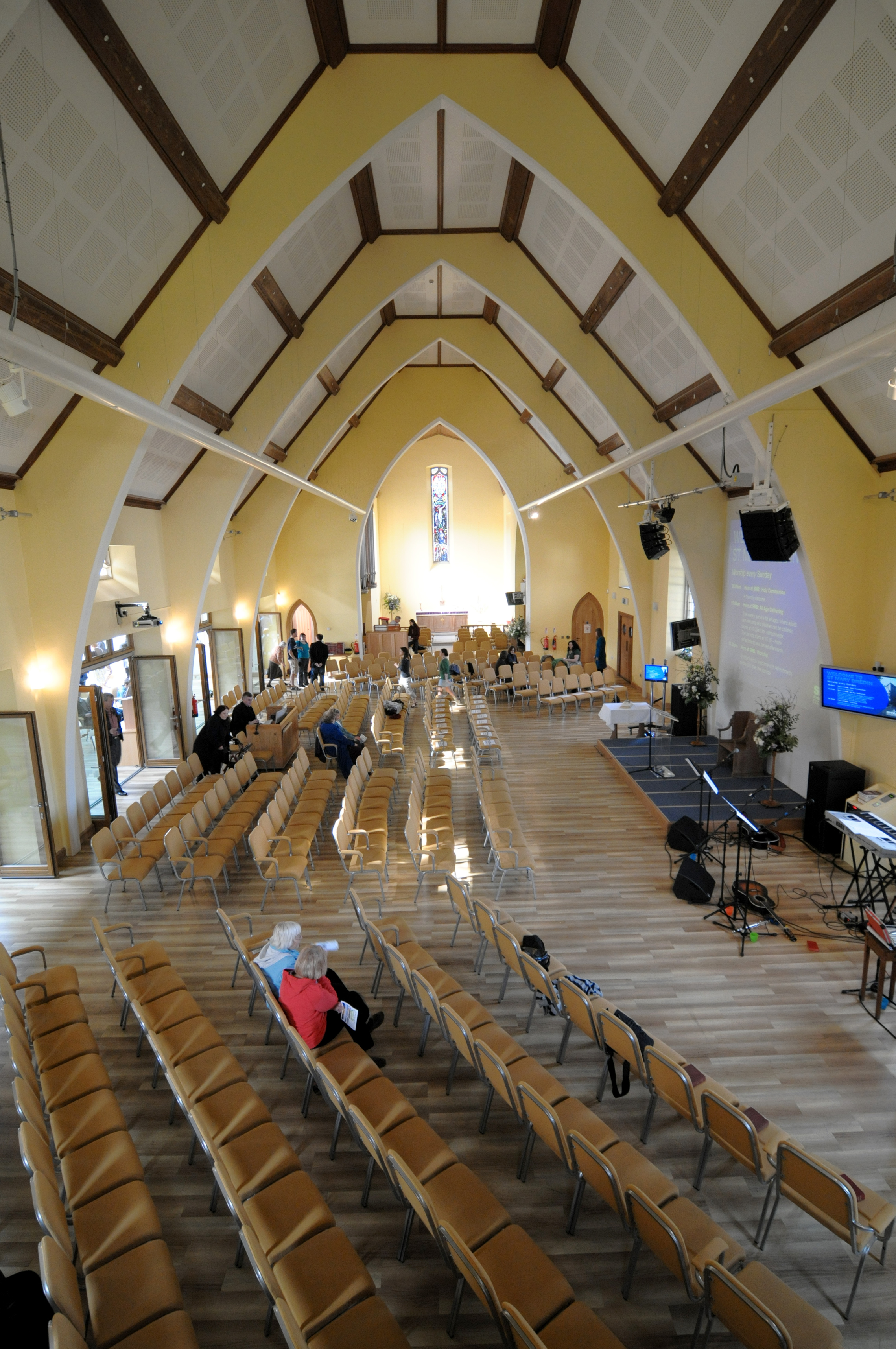 A key driver behind the refurbishment of the Nave was the client’s desire to turn the seating layout through 90 degrees to provide a shallow thrust platform against the long side of the Nave, with seating fanning out in a semi-circle around the platform. This presented a considerable challenge acoustically; without the benefit of early reflections from side walls, a sound reinforcement system with very precise directional control would be needed to deliver speech and music to the congregation. Fortunately the client showed considerable enthusiasm to invest in a high-quality cutting-edge sound system. 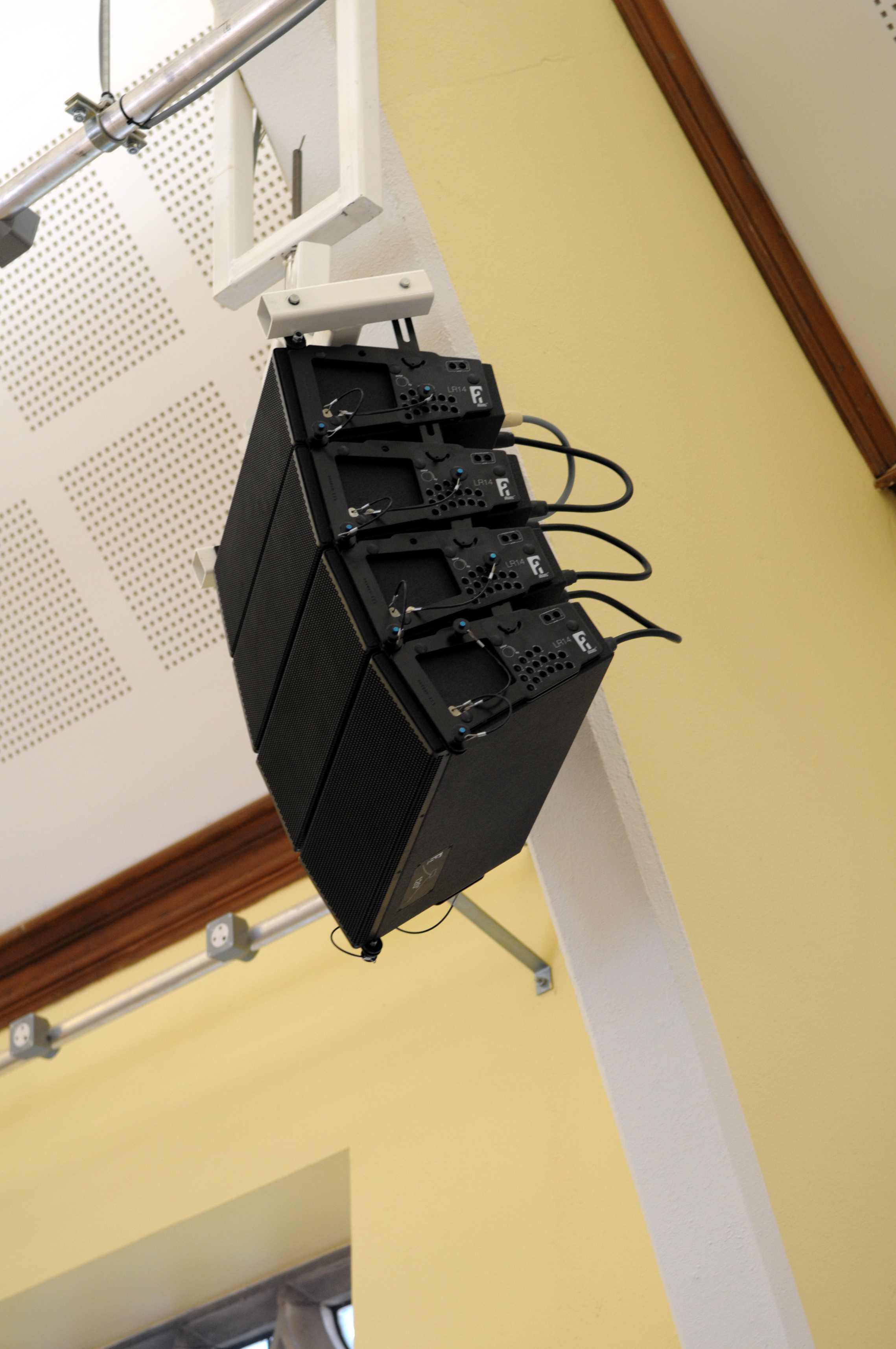 We specified a sound system featuring Alcons Audio LR14 miniature line arrays with ribbon drivers. While these had been used extensively throughout Europe, this was one of the first permanent installations in the UK. 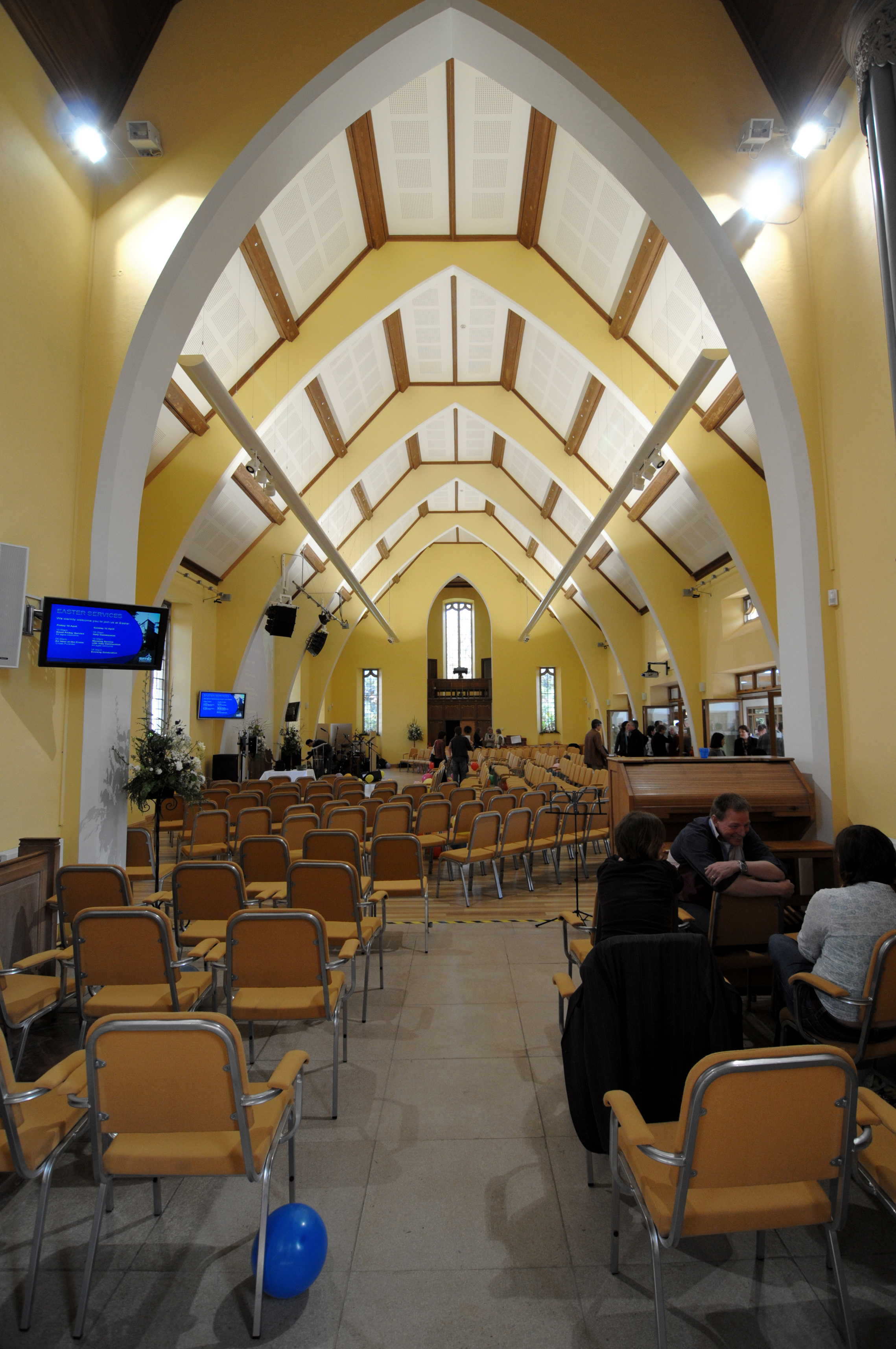 For large services, the system is operated by an experienced sound technician using a professional sound desk, but for smaller prayer services, talks and community hire the system had to be easily operated by church staff. To achieve this, we specified a digital mixing system, which uses presets to store setups for specific services and functions to be selected with a single button press. A bespoke unit next to the platform houses the small control panel, along with a CD player, radio microphone receivers and an MP3 player input. The system was installed by R G Jones Sound Engineering and we commissioned it in February 2009.